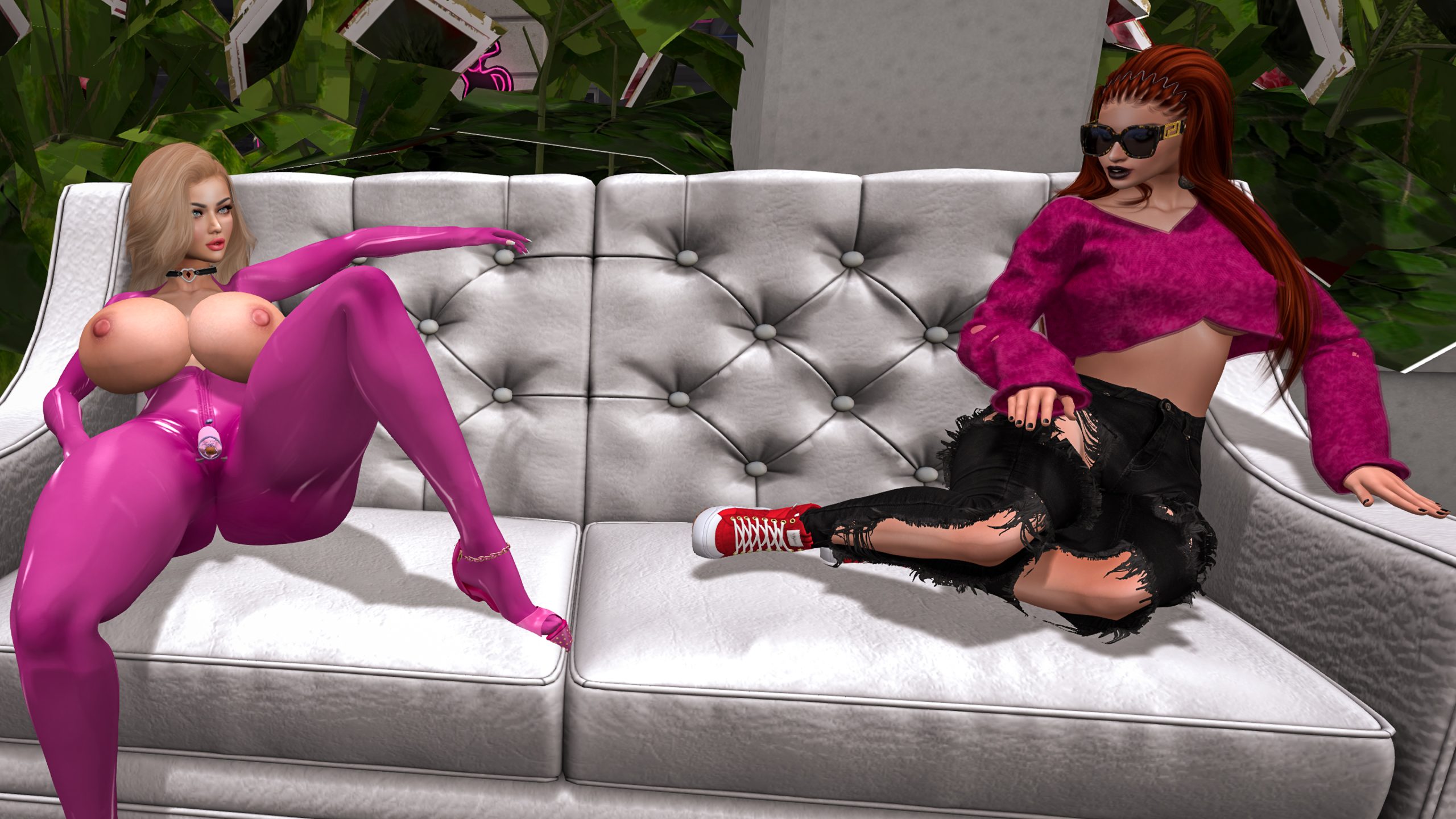 I logged into SL to work on my blog. What else do I ever do? 😛

Sometimes I park myself on a sofa at The Pink Institute while I work. It’s a nice place. Even if you’re busy, the square is filled with inspired avatars who put a lot of effort into their unique appearance.

Being the helpful person that I am, I realized that even as a retired kinkster, I should help Cindy with her problem if I can. I told Cindy I’d pick someone in the square for her to lick.

Honestly, there are a lot of inspiring avis in the square. But when I saw Ashley White, I thought the search was over!

I explained to Ashley how amazing I thought she was and about Cindy’s problem. Ashley blushed and said she was flattered but that she was mostly AFK with PW things to attend to and couldn’t RP.

So, the quest continues! Then I saw Nicole Devereaux (bdlezava93) and I thought our mission was solved for sure. Cindy loved Nicole’s amazing nipples! (you can get them here: marketplace.secondlife.com/p/Nifty-Bits-Nipple-Stretcher-for-Maitreya-Lara/15190095) and was just beside herself over Nicole’s latex apron!

Sadly, Nicole’s IM’s were restricted and she wasn’t allowed to speak to us. Her profile does invite you to indulge yourself if she’s available and restricted, but I didn’t want to take advantage. So I scanned the square once more.

Cindy drooled over Nicole’s apron, so I set my eyes on the prettiest maid ever, Lynda Moulliez. I said hello to Lynda and told Cindy that I’d selected Lynda, at last, for her to lick. Cindy immediately said, “I’m not into shemales, Miss!” Uggh! These subs can be so demanding! I explained to Lynda and apologized for bothering her. She said no bother, and we wound up having a nice conversation.

Lynda said that it was weird having a penis because she’d never had one before. Her wife had made her get this one, or actually performed surgery and made it out of Lynda’s clit and parts of her vagina. There was no going back and the thing had a mind of its own. (You too can perform home surgery with the help of this Computer Aided Surgical Station: marketplace.secondlife.com/p/Computer-Aided-Surgical-Station/21415534) Lynda also said that like Cindy, her throbbing junk makes it hard to think. Poor kids & their hormones!

As a retired kinkster I don’t play with parts much. And I think I only wear latex and pale skin to freak out my daughter Odia. Having a “goth mommy” who’s trying to be a “Hot Topic Teen” annoys her to death. Anyway, I liked Lynda & Ashley. I hope we can hangout and have coffee or shop sometime. If that’s not too vanilla!

Strike three! And just when I thought “Helpful Kate” had struck out, Nicole IM’d and said that her 60 minute IM lock had expired and that she’d be happy to be licked by Cindy!

Reversal of fortune! Mission accomplished! I’m not a 100% worthless mistress/pimp after all! I gave Nicole complete control of Cindy. Nicole proved to be a more strict mistress than wimpy me. Cindy got to lick, but was denied other things.

Second Life is an amazing intersection of people and interests. And the square at The Pink Institute is an amazing mini-intersection of all that SL diversity. It’s funny that gamers often find SL boring with its lack of Quests & Goals. There is so much to do! I logged in only intending to work on my website and wound up meeting 4 interesting people. Rich, complete people that I was able to meet some small part of.

Thank you for spending some of your Saturday with me, Cindy, Ashley, Nicole, and Lynda. Have a wonderful rest of weekend. 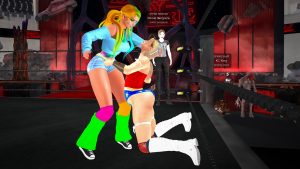 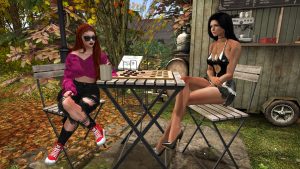