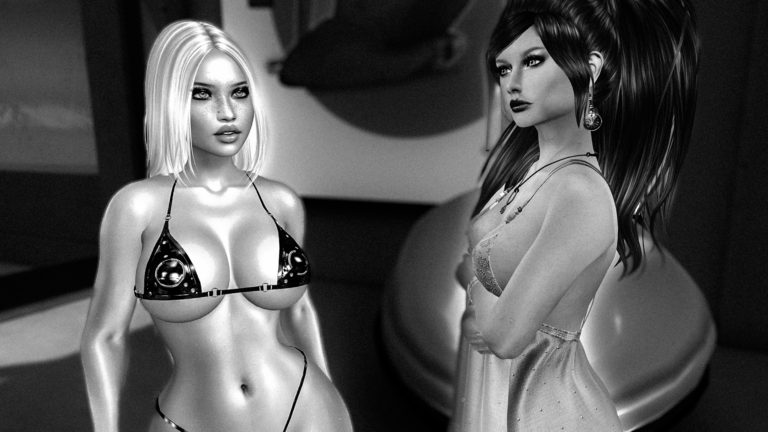 It’s so sweet to catch up with an old modeling pal like Ellen! 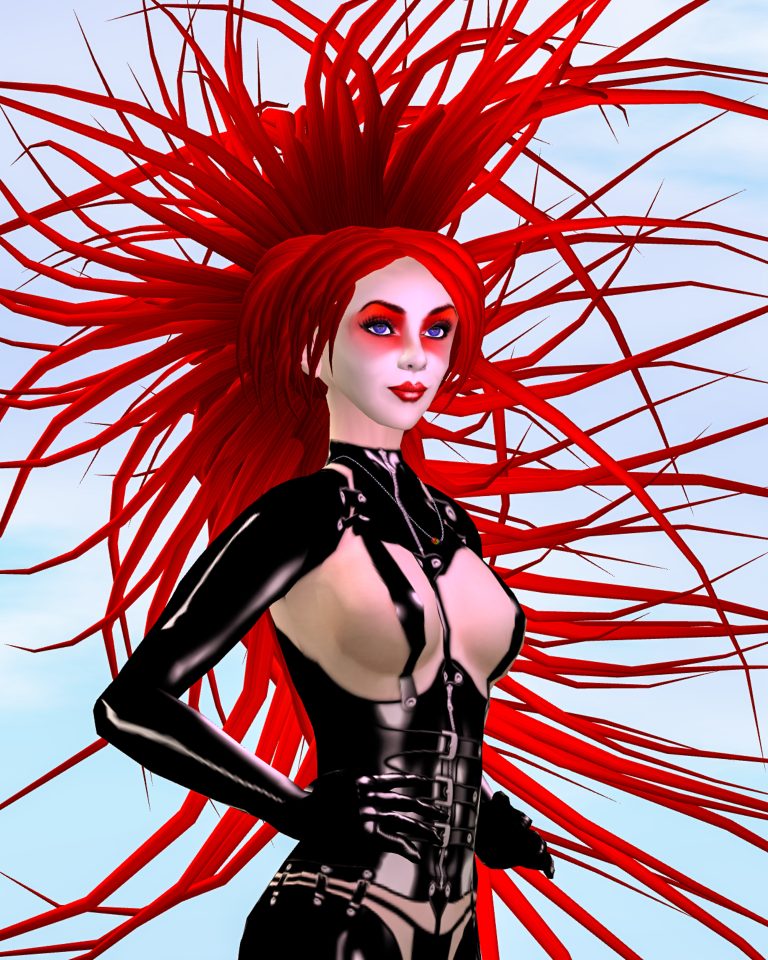 Booville was a cool skydiving sim. They had high mesas to jump off and flights to even higher altitudes. The shop sold all kinds of fancy parachutes. And it was windy and kind of cool for inspired flexi hair! 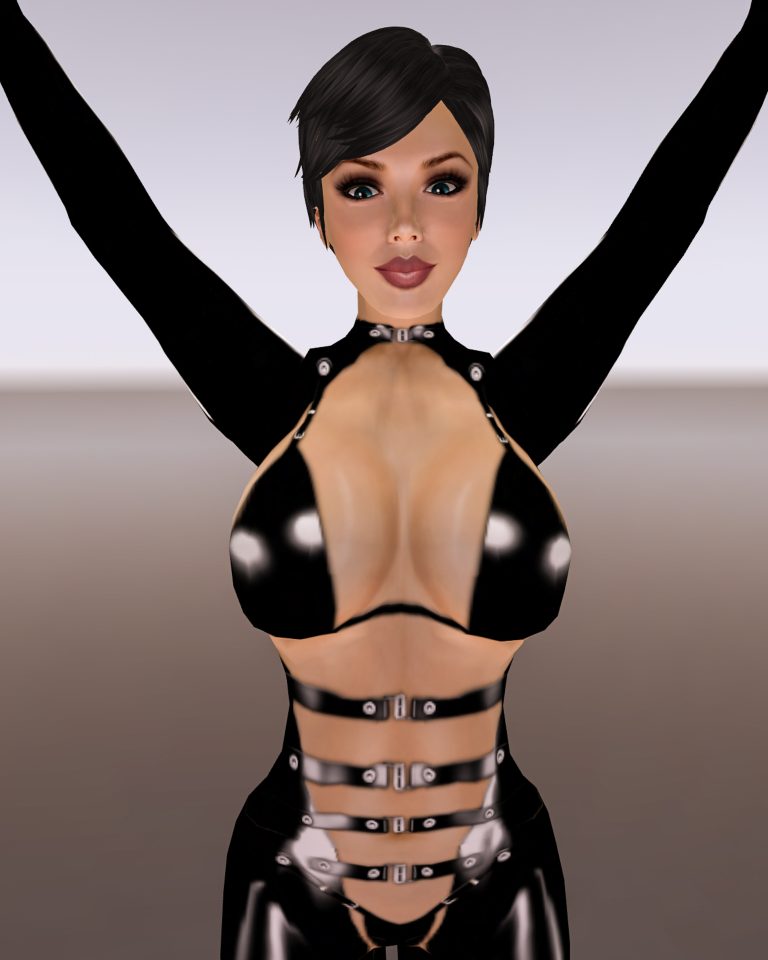 I was wandering through Hugo’s Designs when who should I see on the podium but the hot model from all the posters!