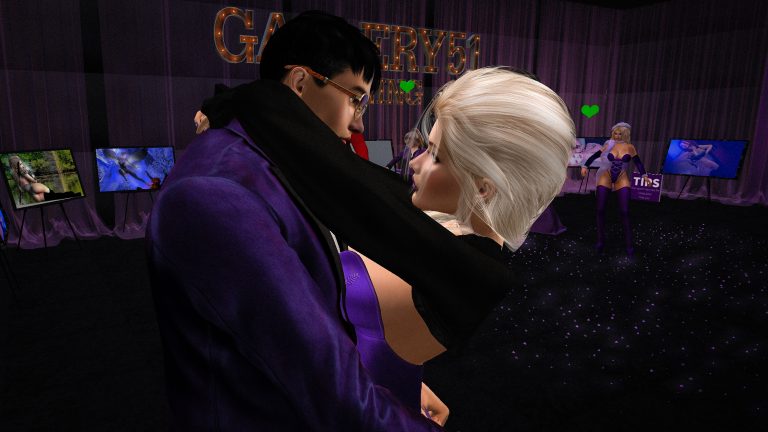 Dancing with Brooke51 at the opening of her Gallery 51 and learning a little about the serial adventures she’s been publishing on Flickr.

How much SL art will the price of a PW cheeseburger buy you? (hint: about 12 pieces from 6 artists!) 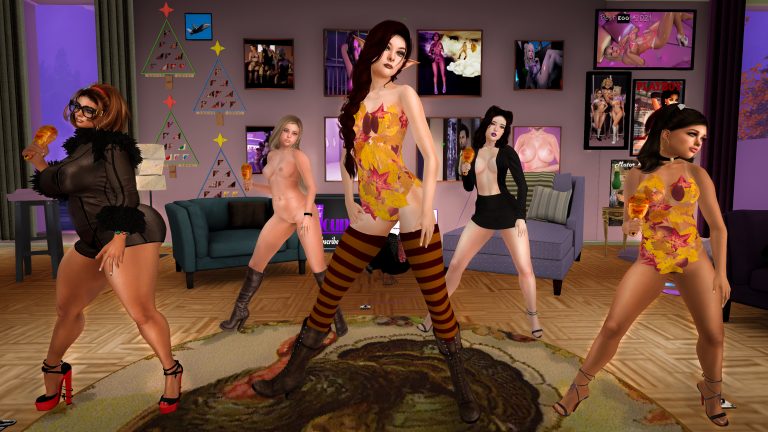 I went by the CMNF Lounge to dance and hang out. The place is full of turkeys! It’s like a “Thanksgiving Turkey Advent Calendar!” Loni carved one up for us with a chainsaw, but gave Julia a flesh wound in the process!