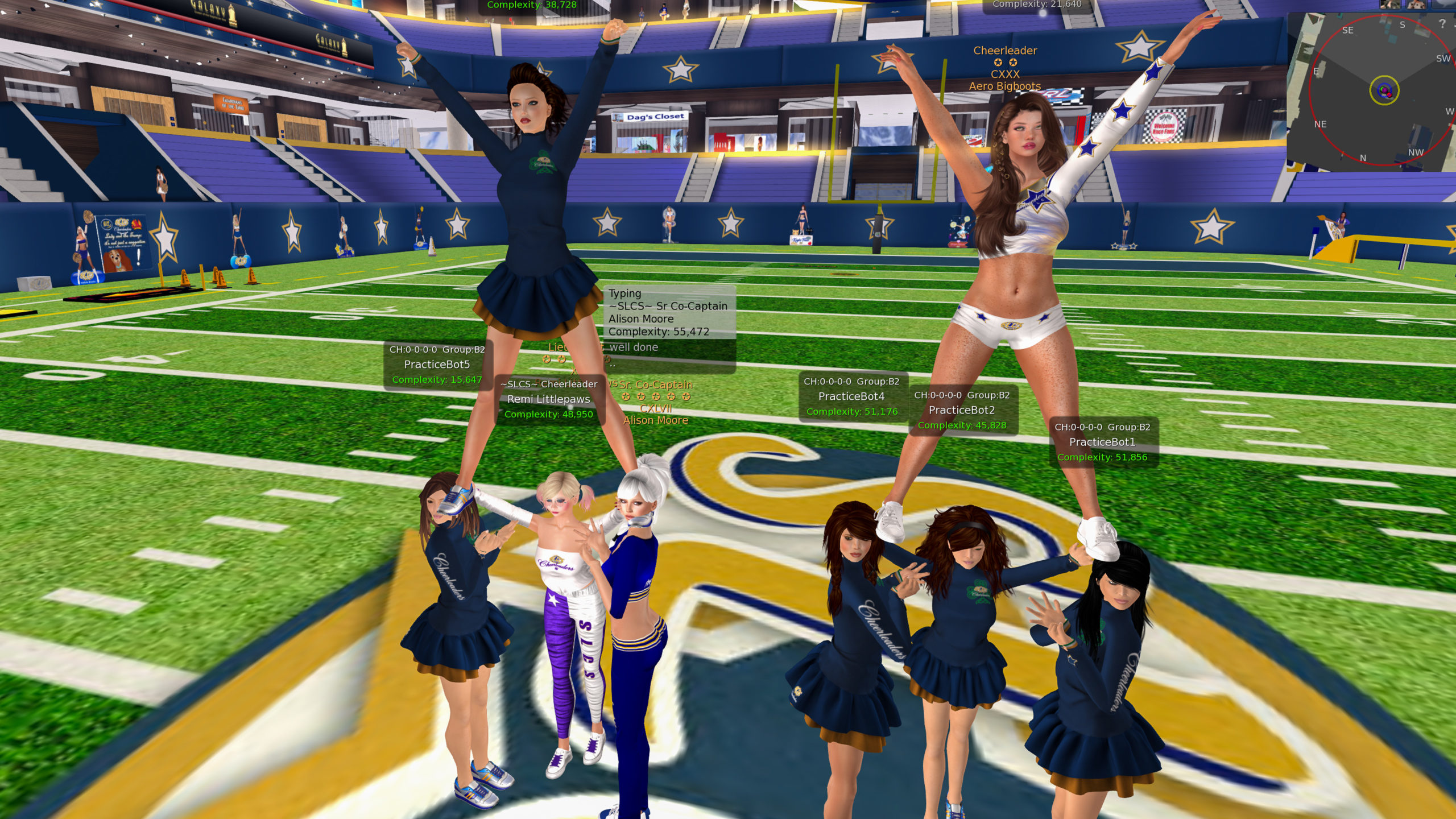 Title IX is a federal civil rights law in the United States of America that was passed as part of the Education Amendments of 1972. It prohibits sex-based discrimination in any school or other education program that receives funding from the federal government.

Title IX applies to all programs at American colleges and universities. It is most famous for creating equal opportunities for women athletes.

The Wikipedia Cheerleading article asks, “Is Cheerleading a ‘Sport’?” The answer to this matters in the Physical World (PW) because it impacts where money goes. Here in SL, the money question isn’t so relevant. But it’s still a great question!

What is a sport?

And, whatever it is, is Cheerleading that?

The Office for Civil Rights issued memos and letters to schools that cheerleading, both sideline and competitive, may not be considered “athletic programs” for the purposes of Title IX. Supporters consider cheerleading, as a whole, a sport, citing the heavy use of athletic talents while critics see it as a physical activity because a “sport” implies a competition among all squads and not all squads compete, along with subjectivity of competitions where—as with gymnastics, diving, and figure skating—scores are assessed based on human judgment and not an objective goal or measurement of time.

The National Collegiate Athletic Association (NCAA) does not recognize cheerleading as a sport. In 2014, the American Medical Association (AMA) adopted a policy that, as the leading cause of catastrophic injuries of female athletes both in high school and college, cheerleading should be considered a sport. While there are cheerleading teams at a majority of the NCAA’s Division 1 schools, they are still not recognized as a sport. This results in many teams not being properly funded. Additionally, there are little to no college programs offering scholarships because their universities cannot offer athletic scholarships to “spirit” team members.

Sport pertains to any form of competitive physical activity or game that aims to use, maintain or improve physical ability and skills while providing enjoyment to participants and, in some cases, entertainment to spectators.

Sports like Basketball, Wrestling, and Football focus on applying human power and speed to dominate other human beings. These sports require winners and losers. Many great women athletes have made it clear that women can excel at using power and speed similar to the ways men do.

All these sports are abstractions of war. Fighting. Battle. Conquering. Dominating. Winning. Champions.

How does a female business person dress and act? Do they try to look and behave like men do to show that they can excel in traditionally male-dominated worlds? Or do they find a way to be women and also succeed in business?

Similarly for athletes, are you only an athlete, is it only a sport, if women beat up, dominate, and conquer other human beings the way men do? Or can there be a feminist aspect to sport?

Sports are simulations of War?

Notice how many sports contain aspects of combat and war. The language of sports and war seems inextricably woven together.

People might say that Chess, Billiards, and Card Games like Poker are not sports. The International Olympic Committee (IOC) recognizes chess as a sport. But not as an “Olympic Sport”.

If Sports are simulations of war, then chess qualifies. Chess is literally the taking of another country by military force. Its conclusion is the killing of the king.

The International Olympic Committee (IOC) has excluded Boxing from the upcoming 2028 games. But not because it is a violent sport. Rather, because of rampant doping. In 2012 the IOC expanded Olympic Boxing to include women.

I find boxing disturbing. I only see boxing as the beating of another human being. People talk of the “artistry of boxing” and the “ballet of boxing”. I see violence.

Then again, so many sports have a hidden core of violence. American Football is a violent game. The stated goal of the defense is to stop forward progress of the ball. The unstated goal is to take out offensive players. To terrorize and injure quarterbacks. To make the “punishment” for catching a ball in my zone so brutal the receiver may not be able to walk. Given the violence in American Football and so many other sports, at least Boxing is honest. It doesn’t pretend to be artistry. It admits to it’s goal of destroying another human being.

Bullfighting is described as an art form, a cultural event, and cultural heritage. I only see Bullfighting as the ritualized torture and murder of a helpless animal. Today Bullfighting is illegal in most countries, but still practiced in a few places.

The history of Sports is a history of performing the abstract, and sometimes not so abstract, qualities of war, violence, and human domination. I choose to put all that back in the 20th century. That isn’t how I want to spend my time here in the 21st century, and it isn’t how I choose to define “Sports”.

While there are cheerleading competitions, cheer is not fundamentally about winners and losers. It is about inclusion, family, about building community. For me, Cheer is about engaging, connecting, and inspiring other people. Isn’t that as good as dominating other people?

I once attended a panel discussion featuring a number of novelists talking about their work. One of the (male) authors said,

Was he right? Is war what matters, and family unimportant? Or was he exactly upside down?

Women should be respected as well! Generally speaking, men are held in great esteem in all parts of the world, so why shouldn’t women have their share? Soldiers and war heroes are honored and commemorated, explorers are granted immortal fame, martyrs are revered, but how many people look upon women too as soldiers?…Women, who struggle and suffer pain to ensure the continuation of the human race, make much tougher and more courageous soldiers than all those big-mouthed freedom-fighting heroes put together!

Of the 78 archetypal images of the tarot, it is the 3 of Cups, that is the “Cheerleader Card”. The card often depicts 3 women dancing. Sharing time and life and joy together.

The 3 of Cups from Marie White’s Mary-El Tarot looks different. Instead of 3 figures we see 3 streams leading to 3 waterfalls. Still, the card carries the same message of sharing this journey of life:

The painting represents all the elements in harmony. Being in the suit of water, it was envisioned as three separate streams/souls all moving together and parallel in the current of the Tao toward the same destination.

It is the harmony of the three pillars and how each one represents a different path to and from divinity and enlightenment, yet each is equal and good; just like people we all begin and end in the same place but have our individual paths to get there. And the most powerful thing a person can do is find who they really are and follow their own path to reach that potential.

Your Turn – Is Cheerleading a Sport?!

What do you think?

Is Cheerleading a sport? Why? Or, why not? 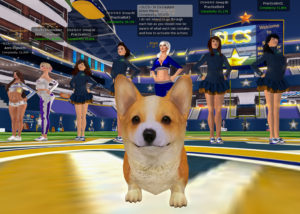