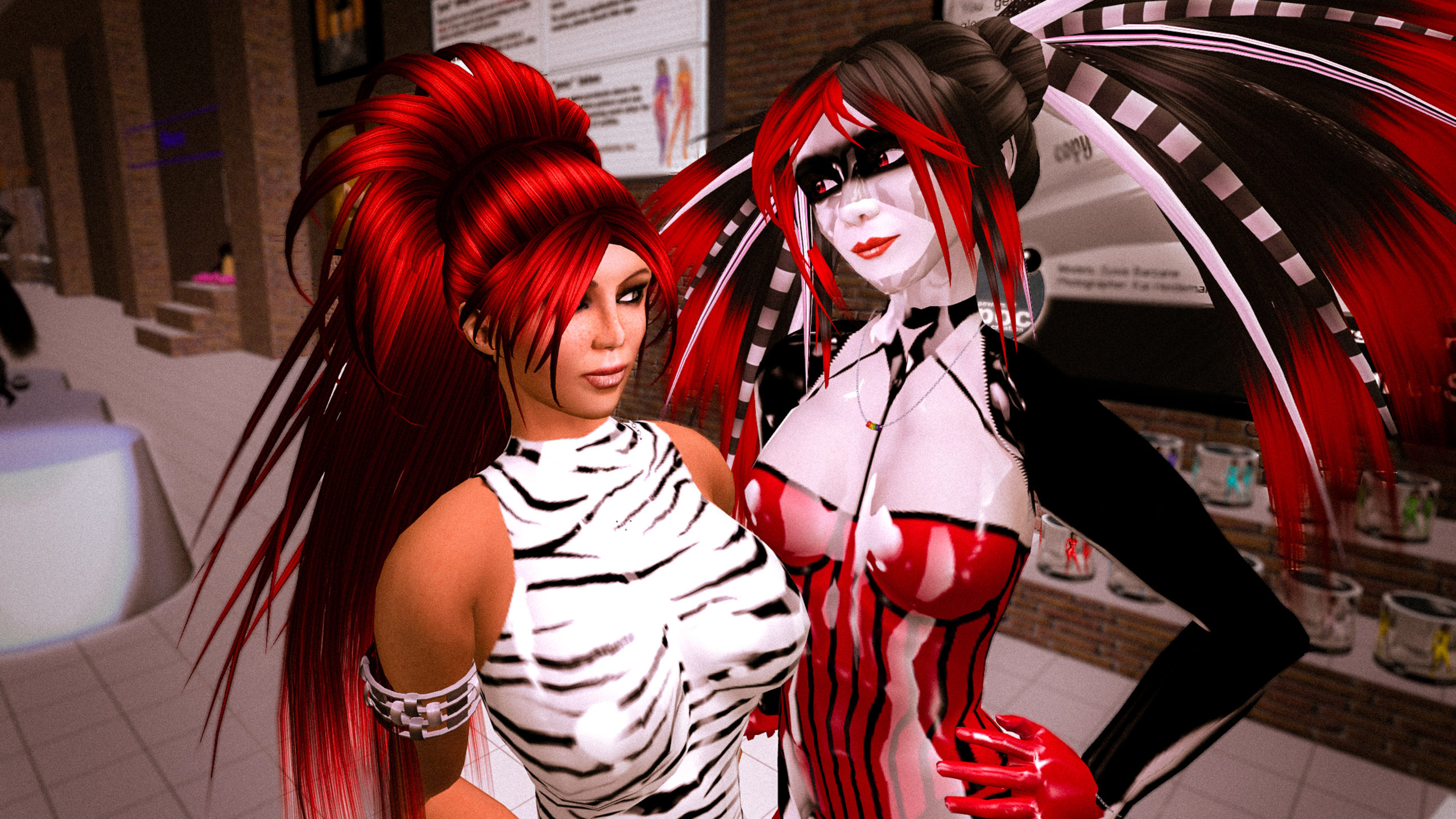 My BFF Charly December and I “working” at Powers of Creation” (POC). We were two of a handful of latex models that Kai Heideman hired to wear his fashions. Actually, Kai never called us “models”, he called us “mannequins.” We got paid a whopping L$30/hour not in cash, but in credit at the company store. After my expensive GeForce graphics card burned out I realized that the 10¢ an hour was way less than the cost of a graphics card. I think even Amazon Mechanical Turk pays better than POC did. But I wonder if anyone ever had more fun earning a wardrobe full of plastic clothing?

On the left-edge of the photo you see a silver cylinder. Those are the pose stands we’re supposed to be on while we’re working. We actually used them when we weren’t “playing” with the customers or taking breaks on the POC rooftop. I think in this photo I’m on a pose stand and Charly has jumped on mine to hang out/make trouble. I can’t imagine working there as long as I did without Charly. Some people take latex clothing very seriously! I think Charly and I realized how ridiculous it was, even if we might not have realized how ridiculous we were. We were on the same page. Similar fun. Similar complaints.

2009 was before the wide use of “unpacker scripts”. Back then you had to rez a box on the ground to open it. If you “wore” it, you wound up with a box on your body. Kai’s shop was all no-rez, but he had an unpacking area where customers could rez their shopping bags to open them. If Charly was AFK on a podium, I’d rez some prims in the unpacking area, then carefully drag them the length of the store over to Charly’s podium to surround or bisect her body. It was sort of funny when she eventually woke up. I don’t think Kai ever walked in the store during one of those moments. Good thing, his avatar was terrifyingly large! 😛 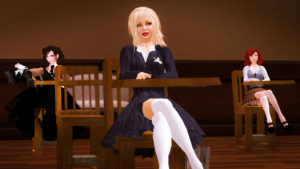 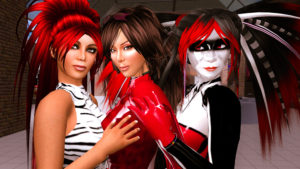