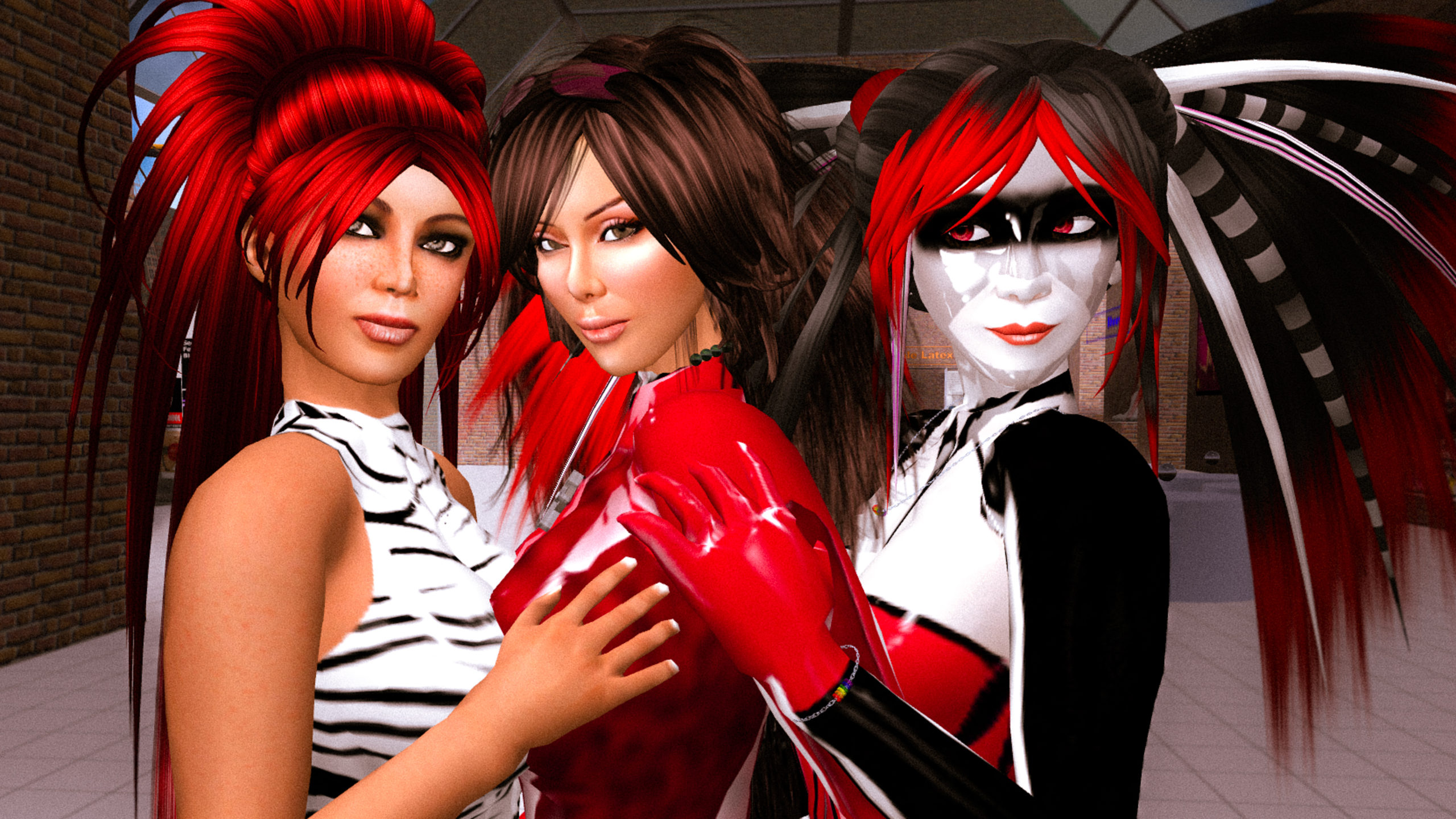 After Charly and I had been working as Powers of Creation (POC) latex models for a while, shoprunner Kai Heideman hired another new model, Baal, who’s in the center of this photo between Charly and I.

Baal was sweet, and probably not an English-first-language-typer. Or perhaps a bit dyslexic. She said funny things. And she seemed to have rich boyfriends. And she never called Charly “Charly”. Baal always called Charly “Charity”. Charly and I used to joke about hosting a “Charity Baal”. 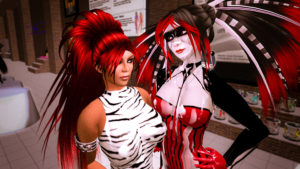 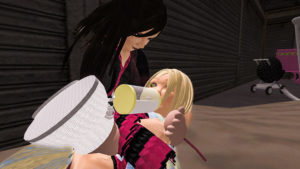