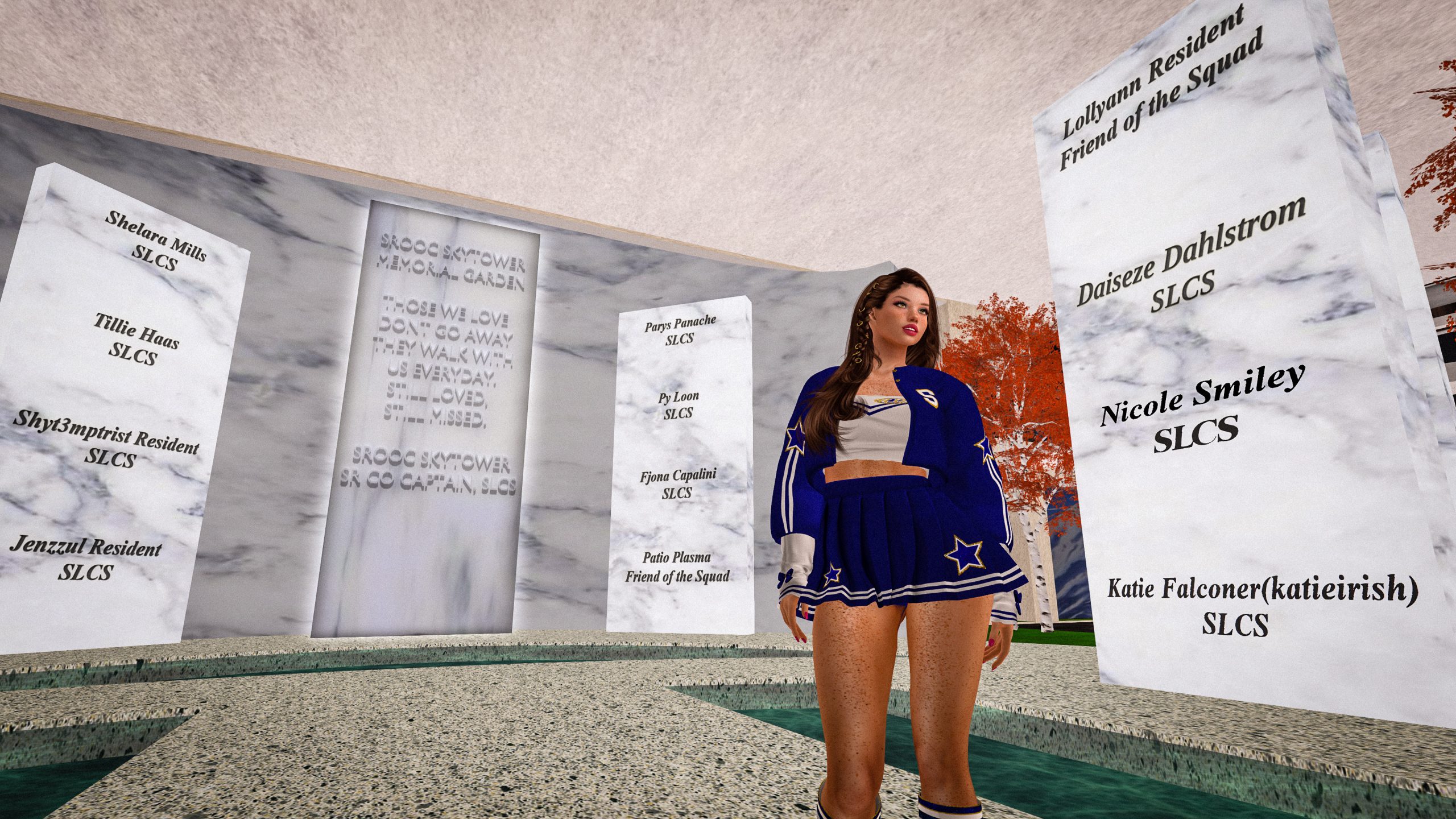 In February 2011 Srooc Skytower was the trainer for a new class of SLCS trainees: Aero Bigboots, Abbie Bulloch, Alexis Neiers, JennylJameson, Jolene Piers, Kitten, LadyLoveCatnip, LegitAbby Resident, Lyric Lacourte & Nicole. We didn’t know it then, but we were lucky enough to be taught by an SLCS legend.

During my long hiatus away from SLCS Srooc’s fleshvatar passed away on 6 March 2014. When I later returned I discovered Facebook posts about the squad mourning her passing. The stadium at Cheertopia had been renamed “Srooc Skytower Memorial Stadium” and a memorial garden had been erected up on the 1st level of the stadium. The memorial garden honors Srooc, other cheerleaders, and SLCS friends who have passed.

Srooc Skytower Memorial Garden is a circular monument built on a Italian terrazzo floor of water-worn pebbles. Set in the floor are four parallel reflecting pools and a fifth moon pool. At the 12 o’clock position is a travertine plinth dedicated to Srooc. Surrounding it is a series of 12 marble plinths with the names of other Cheerleaders and SLCS Friends who have passed. The terrazzo monument is incised in a ring of birch trees.

At the time of this writing, the plinths, starting at 9 o’clock and going clockwise to 3 o’clock, read:

Shorahmin Femto, Friend of the Squad

Doc Wayward, Friend of the Squad

Those we love don’t go away

they walk with us everyday

Patio Plasma, Friend of the Squad

Lollyann Resident, Friend of the Squad 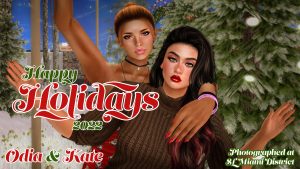 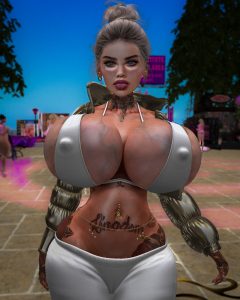